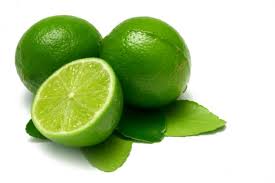 The difficulty in identifying exactly which species of fruit are called lime in different parts of the English-speaking world (and the same problem applies to homonyms in other European languages) is increased by the botanical complexity of the citrus genus itself, to which the majority of limes belong. Species of this genus hybridise readily, and it is only recently that genetic studies have started to throw light on the structure of the genus. The majority of cultivated species are in reality hybrids, produced from the citron (Citrus medica), the mandarin orange (Citrus reticulata), the pomelo (Citrus maxima) and in particular with many lime varieties, the micrantha (Citrus micrantha).

Note that the tree species known in Britain as lime trees (Tilia sp.), called linden in other dialects of English, are broadleaf temperate plants unrelated to the citrus fruits.

More in this category: « Banana

Make sure you enter all the required information, indicated by an asterisk (*). HTML code is not allowed.

Earth friendly, nutrient-rich organic foods are a delicious way to maintain your and family's healthy diet.

Email: This email address is being protected from spambots. You need JavaScript enabled to view it.

This email address is being protected from spambots. You need JavaScript enabled to view it.